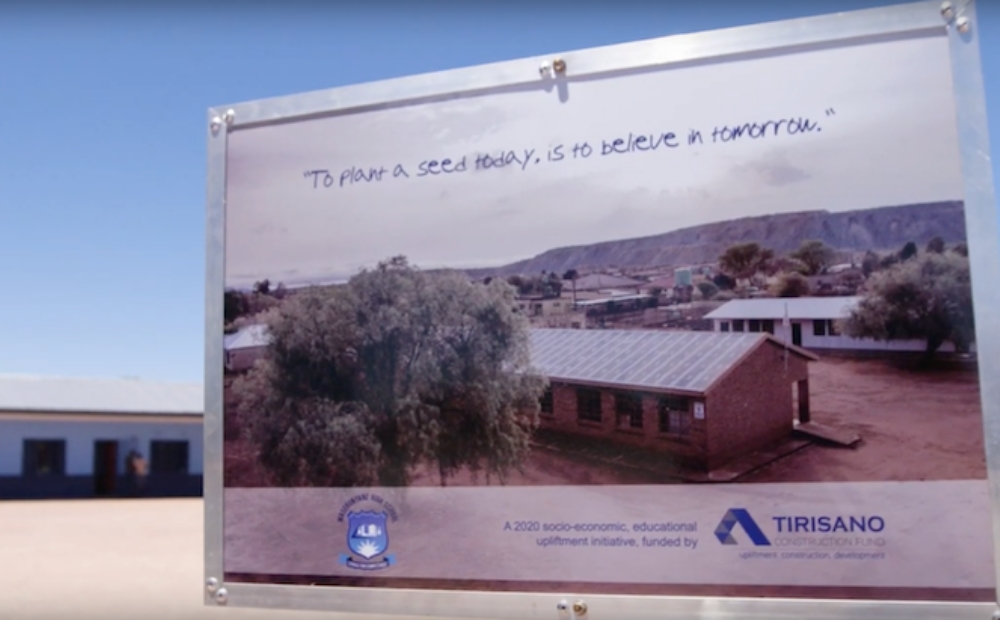 There is a wide digital divide and lack of access to technology in the rural schools of South Africa. The Maserunyane High School in Limpopo was no different. At the beginning of 2020 it was a fading, run down, educational facility and, as described by school Principal Sam Molaotse, it was simply depressing. It may have been clean, the students were neatly turned out, and the teachers committed…but the school was lacking the very basics that support an educational environment, such as toilets, classrooms, walls, ceilings, windows, shade etc. When a school infrastructure upgrade project, funded by the Tirisano Construction Fund, began transforming the educational environment, further opportunities for sustainable corporate social investment initiatives were created – including one for a computer centre.

“After meeting with Anglo’s Head of Stakeholder Relations and visiting several schools in the area with Anglo’s Educational Consultant, we identified that the Maserunyane High School would benefit greatly from our providing a technology infrastructure,” says Stefanutti Stocks enterprise development director Charles Wright.

A total budget of R150 000.00 was allocated to the project that would see the installation of a computer centre at the school. This included data linkage, equipping the centre with a projector and screen, laying all networking cabling within the computer centre, as well as 22 computer terminals, loaded with the appropriate software. Training, with regard to the operation and support of the computer centre, was provided to teachers and champions (elected by the school).

The handover and opening of Maserunyane High School’s computer centre took place towards the end of February 2021. Principal Maloatse expressed his happiness with the addition of the computer centre to the school, highlighting the fact that it was one more essential element in ensuring their school was taken seriously – in stature and as a relevant educational institution in the area.

“These days it is difficult to make great progress, beyond school, without having some insight and understanding of technology and the world of ICT,” says Wright. “While many children have access to a cell phone and enjoy the social benefits of technology, it is important that they also benefit from access to educational technology and resources. It’s essential for their post school development.”